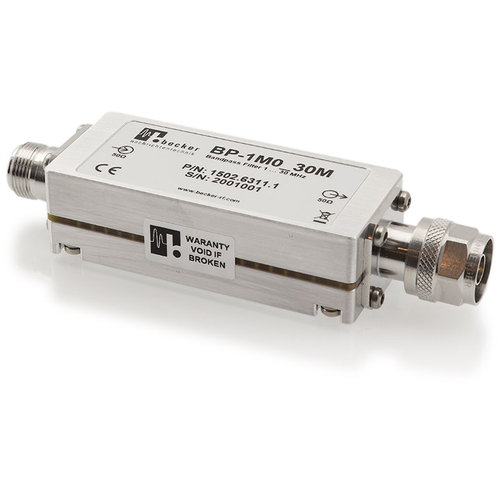 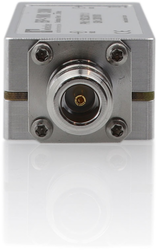 The Filter module BP-1M0_30M is foreseen in short wave applications in combination with the wideband multicouplers of the WSDU series and switching matrices of the RSWM series. With help of the filter module unwanted out-of-short wave band signals like local broadcast signals can be effectively suppressed. The module includes a surge arrestor for lightning protection, a bandpass filter and a level limiter to protect following devices against over voltages coming from antennas. The design of the filter module offers high intercept point properties to avoid degradation of linearity in signal path. The filter module has N female connector as input and N male connector as output. The filter is easily mountable on N type RF input connectors of the multicouplers and matrices.